Say the name of Casanova, and most people who are familiar with it think of the man as one of history’s most notorious seducers. His reputation in that regard is not undeserved, but he also was an avid traveller; something that was often funded by gambling.

The man who racked up almost 64,000km travelling around Europe to hobnob with the rich and famous of his day was intimately involved with the first French national lottery. He also tried to become a professional gambler. By all accounts, Casanova brimmed with confidence; so much so, that his whole life was a gamble.

Giacomo Girolamo was born to Zanetta Farussi and Gaetano Casanova in Venice in 1725. The city was Europe’s party capital, and its easy-living atmosphere made an impression on the boy.

At the tender age of 12, he was sent to the University of Padua. He graduated with a law degree when he was 17 years old. The young man returned to Venice, taking with him a few personal items, an academic qualification, and a newfound love of gambling.

Casanova, whose memoir mentions early games such as faro, basset, piquet, biribi, primero, quinze, and whist, was 21 years old when he decided to become a professional gambler. If you have made that decision, do not forget to place your Caulfield Cup bets. It did not work out as planned, but that would not be the last he tried to make a fortune from gambling.

Heartbreak, a Lucky Streak and Travel

After Casanova was rejected by a woman with whom he had fallen in love while living in Parma, he returned to Venice, where he enjoyed a significant lucky streak. He won enough money to pay for a grand tour to Paris, France, and ended up living in the city for two years.

After Casanova escaped from a prison cell in the Doge’s Palace in Venice several years later, he returned to Paris. He got in touch with François-Joachim de Pierre de Bernis, an old friend who had since been appointed as the French foreign minister. His friend asked him to think of a way in which the state could raise funds, and that is when Casanova suggested France have a national lottery.

It was the year 1756 when Casanova made his lottery suggestion. The French government was enthralled by the idea. He became one of its trustees, and he sold tickets – and the public loved it.

The 31-year-old had a knack for ticket sales. It wasn’t long before he made a fortune, but he squandered it almost as quickly. More adventures and misadventures followed, some of which saw the gambling-loving seducer travel to various European courts in an attempt to convince kings and empresses to establish lotteries.

Casanova’s life took its toll, not only on his fortunes, but on his legendary good looks as well. He spent his final years working as the librarian of Count Joseph Karl von Waldstein at Dux Castle, Bohemia (now Duchov, Czech Republic). He died at 73 years of age on 4 June 1798. 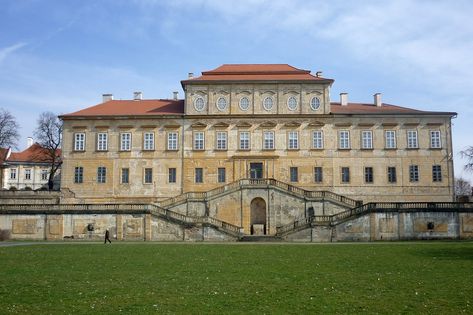