All of us nurse a dream of seeing a massive return on a gambling game at some point during our lives, but it’s a reality that’s incredibly rare. As fun as slots, Roulette, and Blackjack may be, and as considerable as our wins may end up being over time, the chance of becoming an overnight millionaire is a small one. It’s happened to more than a few, however, in some cases thanks to sheer luck, in others thanks to carefully honed skill.

Gloria McKenzie Gets US$590 Million

A grandmother hailing from Florida, in the USA, broke records as the single winner of the Powerball Lottery when she banked US$590 million in May of 2013. She beat considerable odds, 1 in 175 million, to win this jackpot, and an act of kindness from a total stranger helped her get there, after the person in front of her in the queue let her go ahead of them.

The annual budget of the town McKenzie lives in is just US$49 million, and reports indicate that the grateful granny chose to receive her win in a lump sum rather than over 30 yearly instalments. An understandable course of action when you consider that she was 84-years old when she won!

Archie Karas was one of the world’s finest high-stakes gamblers. After losing a cool US$2 million in a Los Angeles Poker game, Karas headed to Las Vegas with just US$50. He bumped into a friend and borrowed US$10 000 to join a high-stakes Razz Poker game, and after just three hours he’d repaid his initial debt of US$10 000 along with 50% interest and had more than enough money left over to keep playing.

Although he lost occasionally from that point on, he always managed to come back and take in much more than he’d lost, and this lucky streaked lasted for three years, over which time he managed to amass US$40 million.

An Unknown Engineer Obtains US$39.7 Million

While waiting for a Basketball game to being, an unnamed 25-year-old software engineer hailing from Los Angeles decided to pass the time more profitably at Las Vegas’ Excalibur Casino in March 2003. He deposited US$100 at a slot machine and ended up collecting one of the biggest Vegas payouts of all time, US$39 710 826.36! The odds he beat were 16.7 million, and he opted to receive his prize as an annual US$1.5 million payout over the next 25 years. Now there’s a story to inspire those of us who enjoy video game betting in Australia!

Jay-Brennan’s story is a mix of extremely good and bad luck, unfortunately. While working in the now-inoperative Desert Inn Hotel Casino in Las Vegas, she took bets, and on her future mother-in-law’s birthday in January 2000 she decided to spin the reels of Megabucks slot.

On her ninth try, she won US$34 959 458.50, the biggest Megabucks Jackpot win in history at that point. She spent it on her dream wedding to her boyfriend, two weeks later, but sadly got involved in a terrible car accident shortly after which killed her sister and left her paralysed from the chest down. 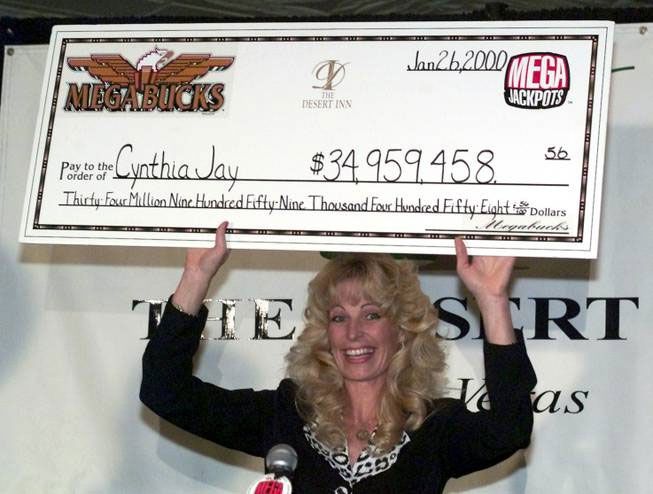